Shadowrun is a unique game that mixes elements of the cyberpunk and fantasy genres. Taking place several decades in the future, the game focuses on Shadowrunners, criminal operatives who have fallen through the cracks of society and hire out their services to mega-corporations, criminal syndicates, or even wealthy (or desperate) individuals.

I contributed to several Shadowrun sourcebooks while working as a freelance author for FASA Corporation. My dear friend Jonathan Jacobson was my partner in crime, and we were aided and abetted by the other members of our gaming group (Walt Schellin, Craig Sanchez, Josh Karabin and Matt Johnson).

Shadowrun is a registered trademark of The Topps Company, Inc. 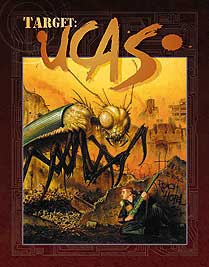 The United Canadian and American States is in turmoil. In the past year, the great dragon Dunkelzahn won a special presidential election - and was assassinated on the night of his triumph. Savage riots broke out and have barely subsided: inexplicable magical phenomena have triggered a vicious anti-Awakened backlash; and corporate backstabbing and political intrigue are reaching new lows as everyone who can makes a play for the big time. And nowhere in the UCAS are the aftershocks as fierce as in three of its greatest cities: Boston, Detroit and Chicago.

The bug invasion storyline from Burning Bright and Bug City had always been one of my favorite Shadowrun stories, no doubt thanks to its post-apocalyptic themes of occupied Chicago. The storyline was left hanging after Bug City, and Jonathan and I pitched an idea for Target: UCAS that would resolve the invasion and take the storyline in a different direction. There was even a brief appearance of Holly Kazinsky, the character from Atlanta Blues, in her pre-Shadowrunning days. 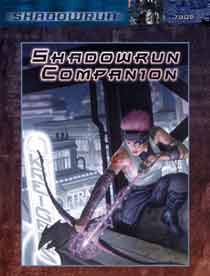 This expansion builds on and clarifies rules for gamemasters and players, providing a variety of fresh possibilities for making the Shadowrun universe come alive. Fluctuating magic levels, the technology curve and new optional rules, including guidelines from playing everything from DocWagon EMTs to corporate spies, offer unprecedented opportunities to flesh out the world of Shadowrun and create more exciting adventures.

The Shadowrun line developer, Mike Mulvihill, wanted to incorporate our Learning & Improving Skill rules (originally published in the Shadowland magazine) into the upcoming Companion. I also authored the retirement section and a few other miscellaneous rules. 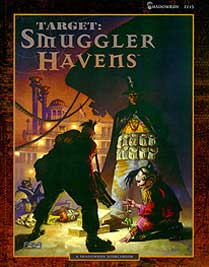 Where do Siberian shapeshifters buy military goods? What weird experiments are going on in corporate aquashperes? Where do t-bird smugglers hide from the military patrols? Learn the skinny here, chummer. The Target: Smuggler Havens sourcebook allows you to jump right into the exciting cities of New Orleans and Vladivostok. It contains a wealth of information on smuggling, including adventure frameworks for new locations, rules for t-bird smuggling and border partols and information on awakened Siberia.

The End Run smuggling route from Denver to Aztlan was our only contribution to this sourcebook. The short story End Run, about this route, was in an early draft as a fictional intro to one of the sections, but didn't make it into the final cut. 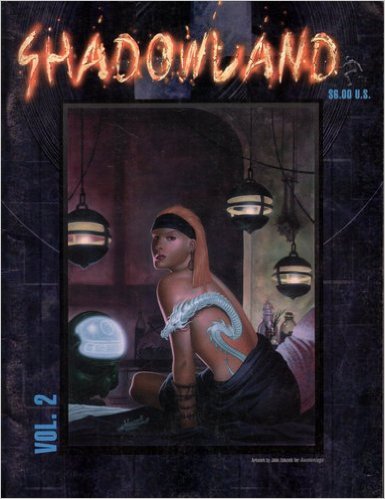 Shadowland was the official magazine for Shadowrun, featuring original missions, optional rules, fiction and other content. Volume 2 featured *A Runner's Guide to Magic* and our *Learning and Improving Skills* house rules. It was these articles that got the attention of the Shadowrun line developer and started my freelancing career.

Family
A young medic's brother gets in over his head.


End Run
The Denver-Aztlan route. Nearly 3000 klicks, through four nations, across three borders. Those who had done it before called it the "End Run", since it was the ending point for more than a few promising Shadowrun careers. And lives.


Atlanta Blues
When one of Holly's contacts came to her with hot information, little did she know that she'd soon be dodging bullets from half the major crime organizations in the city.